Combining two generations of master violin makers/luthiers and more than 70 years of experience in building, repairing and restoring fine string instruments, we provide professional advice and expertise, whether you are aiming to rent a students’ set or to buy a professional instrument.

We build new instruments and sell old, new and baroque instruments; we offer bows and cases in different qualities, strings and other accessories. Violins, violas, cellos and double basses can all be played in the quiet atmosphere of our music chamber. Come visit our family-run workshop close to Isartor and take a look at fine traditional craftsmanship.

As an instrument the violin connects past and present, and so do we in our work as violin makers.

Our family’s ancestors were building temper pins and end pins for string instruments as early as the 19th century, and now the family’s name Michael stands for two generations of master violin makers in the heart of Munich. Combining more than 70 years of experience in violin making ensures fine craftsmanship and excellent sound quality. Winfried Michael set up the workshop and has shaped it for more than fourty years.

Read here the reportage about our violine workshop – published on 10.04.2014 in the Abendzeitung.

How a Violine is build

A contribution about the creation of a violin and the challenge of violin making. A report on violin maker Marion Michael on www.alle-noten.de. View the article. 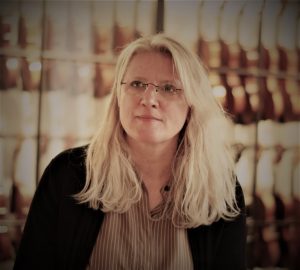 Marion Michael, born in 1973, went after her father and started to train as a violin maker/luthier in 1995. In 2007, she took her Master Craftsmanship exams, although these are no longer a legal requirement for having one’s own workshop in Germany. For ten years she acted as external examiner to the famous vocational school for violin makers in Mittenwald.

With her violins she regularly participates in Münchner Geigentagen, a convention for violin makers and bow makers that takes place every three years; there newly built instruments are shown as well as played by reknown musicians in concerts. Marion Michael’s main aim in building violins is to create sound quality, and for this sound her violins have been sold to places as far as the U.S. and Canada. 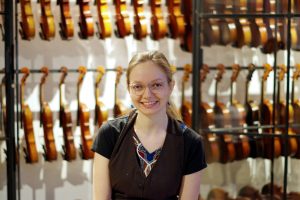 Guillemette was born in 1993, in the French région Bourgogne (Burgundy). The enthusiasm for music and manual work has given her the parents in the cradle.

She attended the French violin making school in Mirecourt (Ecole Nationale de Lutherie) and in 2015, after three years, obtained the diploma of the Métiers d’Art. Subsequently, Guillemette has gained further experience in violin making in a Munich workshop. Since May 2016 she is a journeyman violin maker in the workshop of Marion Michael. In 2017, she also took on the role of an assessor in the journeyman examination committee of the Mittenwald violin making school. 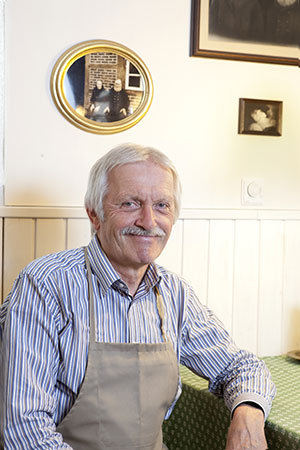 Winfried Michael, born in 1942, from 1958 on learned his craft at the famous vocational school for violin-making at Mittenwald, where he won several all-Bavaria awards. Having completed his training by working with master violin makers in Kiel and Freiburg i. Br., he went on to take his Master Craftsman exams in Karlsruhe in 1967.

In 1968 he set up his workshop in Munich and managed to find premises perfectly suited to the fine woods used for building violins in the vaults of a historical building at Hildegardstraße 6.